Who is Troy Dillinger?

Aside from being former bass player for the BAND FROM HELL, he is: Host of ‘AUSTIN VARIETY SHOW’, Formerly with the band ‘DEL DRAGONS’, Actor in Sandra Bullock’s blockbuster hit ‘MISS CONGENIALITY ‘, Actor in ‘PINEAPPLE’, Actor in ‘MY COMFORTABLE STRANGER’, and the list goes on! With twenty plus years of fame, fortune and music in almost every area of showbiz under his belt, Troy Dillinger does not know the meaning of the word, NO! 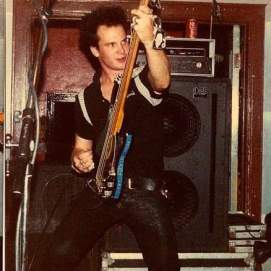 Originally born in Canton, Ohio, Troy moved to Austin,Texas when he was eight years old. “We landed here in the middle of the Cosmic Cowboy revolution”, says Troy. At 13 years old he started playing guitar, as did almost every other teenage boy in Austin during this era. Feeling that he could not make the chords, Troy then gravitated toward the bass. He played his first club in 1983 with a band called ‘The Urge’. Bearing a striking resemblance to Sid Vicious, bassist from the U.K. punk band, ‘Sex Pistols’, Troy tended to find work rather easily. About 12 years later, he picked up slide, steel lap guitar and hasn’t played bass in over a decade.

Very involved with the local Austin music scene, Troy started ‘Save Austin Music’ in order to help the local music industry survive the growth crisis. He decided to take a more supportive stand in the Austin music community and started a show on broadcast television called the ‘AUSTIN VARIETY SHOW’, in an effort to bring attention to the great talent that Austin has. 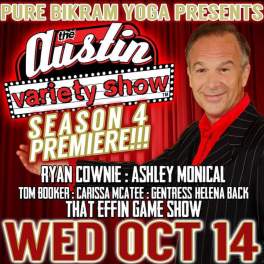 Today, Troy’s plan for the Austin Variety Show is to create a worldwide audience for the musical talent Austin has to offer that will allow the quality and feasibility of being a performer in Austin to become a reality. Although partial to hosting and the comedic aspects of the show, Troy still enjoys playing live music from time to time as well. “Music has become a culture of borrowing from old styles so artists can reach an audience, instead of trying new and original means of expression. Socially, we’ve vilified emotion, anger, rage and dissidence so its not acceptable to speak out. With the ‘AUSTIN VARIETY SHOW’, I get to make the city a little better, make performers lives a little better and bring even more people happiness than I could just being a musician,” says Troy. 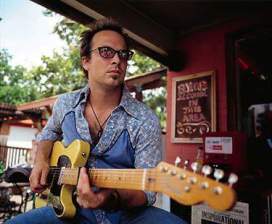 Troy believes strongly in the value of writing music every day. With a million stories to tell, he also plans on writing a book someday, thus adding ‘Author’ as yet another talent on his list! As far as advice, Troy believes that one should play simply for the love of the music and nothing more. As he prepares to head for Los Angeles, I would like to wish him a fond farewell and the best of luck in all of his future endeavors! Being someone who thrives on doing a little bit of everything, for Troy, this is only the beginning!

3 thoughts on “Troy Dillinger – From Bassist and Beyond!”